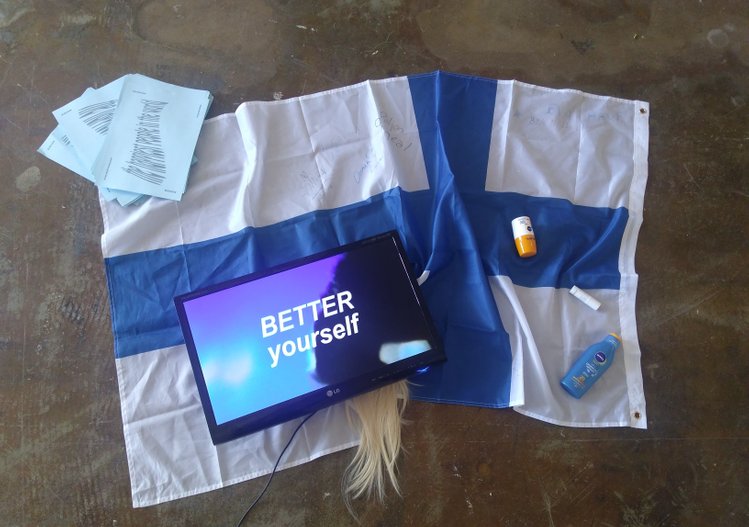 The happiest people in the world 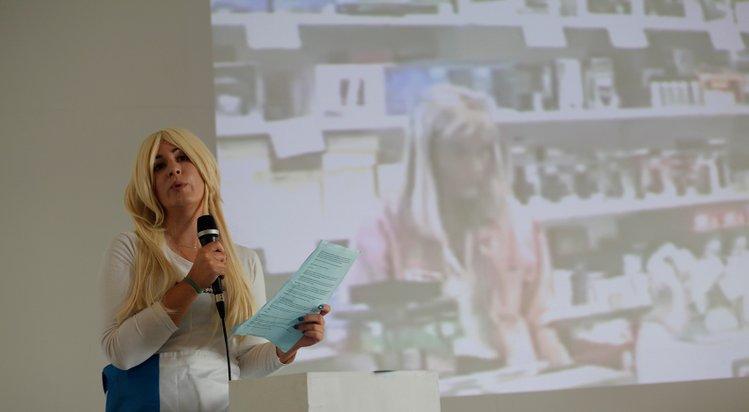 In 2018, Finland was chosen the happiest country in the world – this poll also included migrant’s rank of satisfaction.

Using a joyful graduation speech from the late 90s – when the world still believed in Humanity and the 2000s euphoria was near – the artist creates a new version of the aforementioned speech, re-interpreting it in a performance where she talks mimicking the rhythm of ‘Baz Luhrmann’s ‘Everybody’s Free’. In the background, we observe an edited karaoke brand new version of the speech. Nevertheless, the evocative images of tanned young white men have been substituted by film fragments – such as ‘Night on Earth’ from Jim Jarmusch -, advertisements, documentaries, home-videos and news related with Finland. In the final scene, the Odin Soldiers, an extremist far-right group, patrols the streets of Helsinki while a talks about white-washing or high suicidal rates.

This proposal was part of the exhibition ‘Endless Process’, curated by Xavier Acarín in Muu Kaapeli, Helsinki, in connection with the award ‘Premi Miquel Casablancas (Sant Andreu Contemporani)’ and with the support of Barcelona’s City Hall and the Ramón Lull Institute.