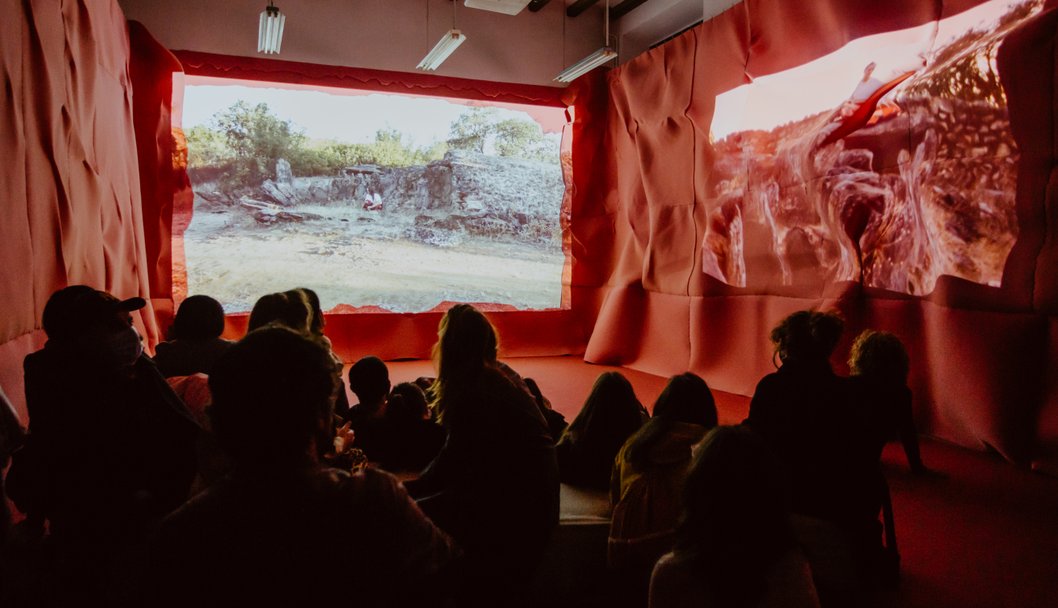 Entraña, a living body of work

Carne de mi carne: entraña (2021), by María Alcaide, is the central part of the

project Carne de mi carne, a living story in which the artist cuts and assembles

her closest ties. A family video-narrative made of thought-stuff, having all limbs,

not lacking any organ. The body is always there, surrounded by different scenarios

and characters. The artist’s grandmother, her cousin, her uncle, her parents and

of course her brother are the stars of this film where the limits of fiction, essay and

The artist’s parents founded, the same year of her birth, a butcher shop in a small

town a few kilometers from Jabugo (Huelva). This area is also known as the

keeps the family business alive. María and her brother are two people who, even

having grown up together, are very different: they not only diverge in ambitions and

beliefs but also in their physical appearance and eating habits. For example, her

brother is 40 centimeters taller than her and meat is essential in his diet. What is the

main reason of this difference in size? Is it a genetic fact or is a cultural disparity that

evolves in this nutritional inequality?

of patriarchy. Thus, diet could be the cause of the difference in height and size

between the two sexes. This premise would imply that patriarchy as a social

from the dawn of civilization to the present day.

Taking this theory as a starting point, the artist presents a playful video installation

in La Capella, Barcelona. Through this particular case where the artist and her

brother turn out to be antithetical figures, the artist addresses ironically her brother’s

figure in a rural environment that tends to digitalization.

this piece that leaves us with our stomach in a knot. María Alcaide does not simply

tell us about meat: she tells us about her meat, her own experience, her past,

present and future. ‘Carne de mi carne’ is her story, but at the same time, 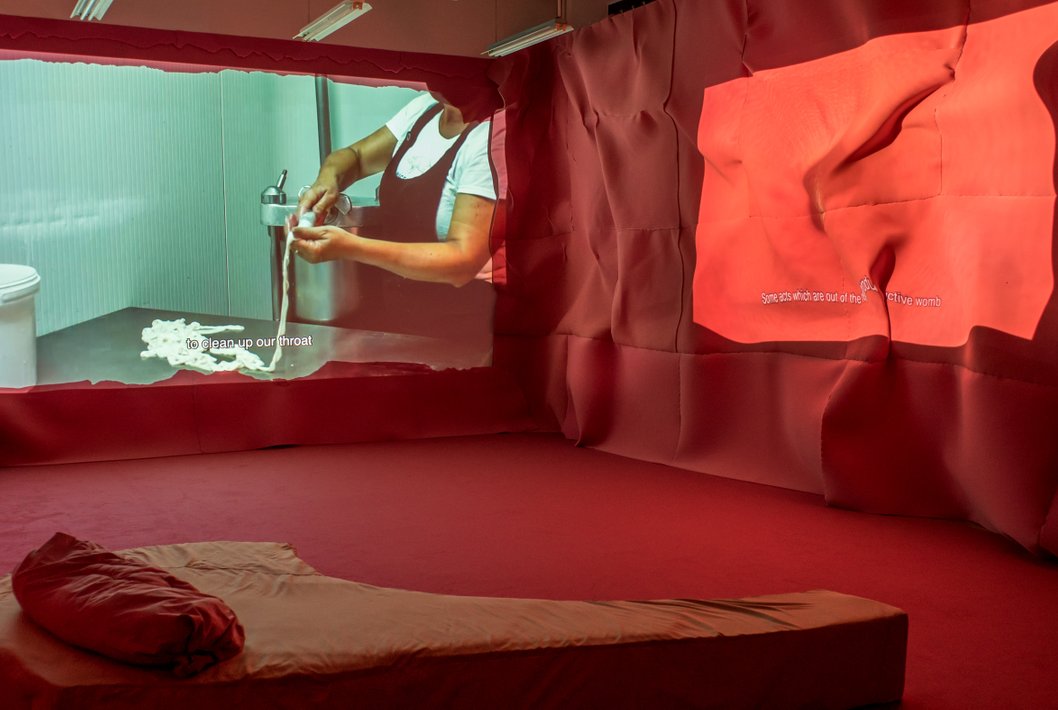 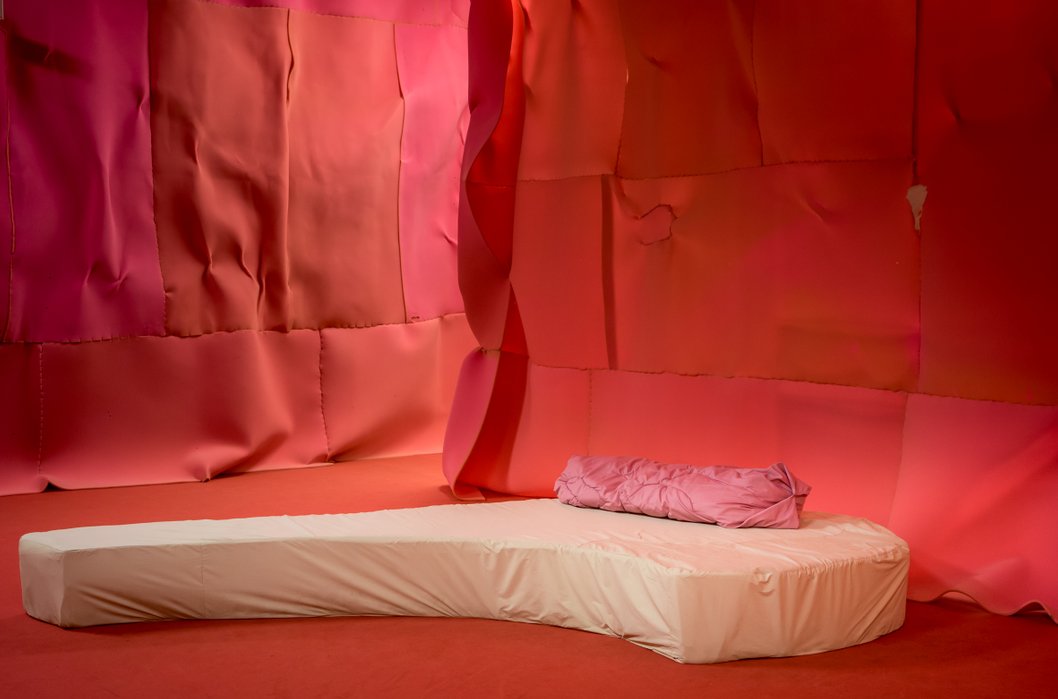 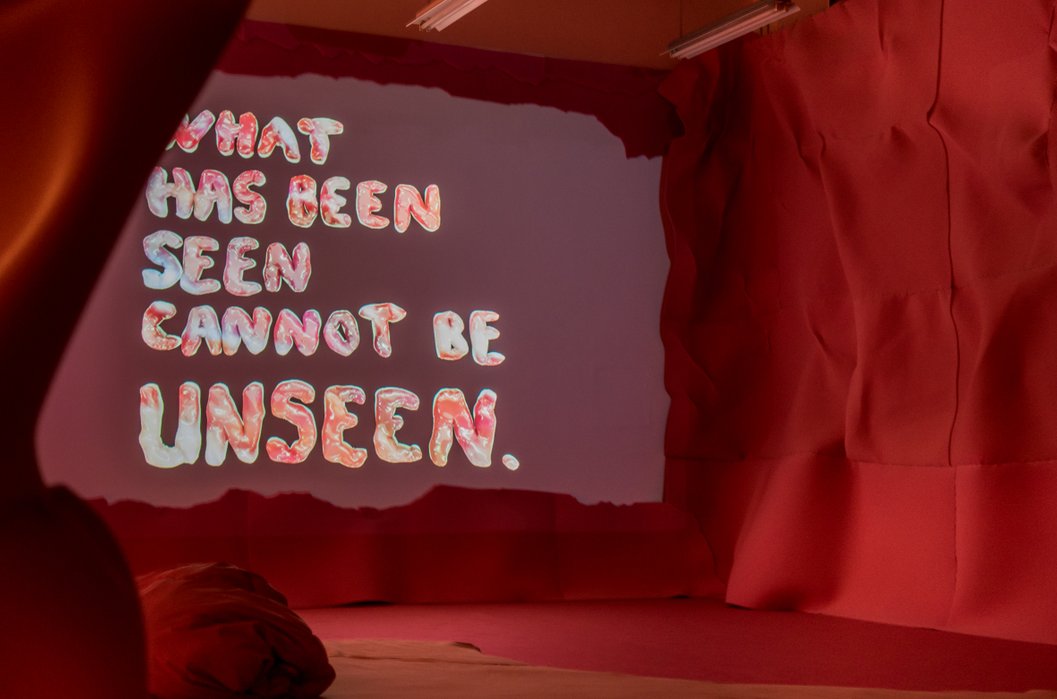 The space we occupy as bodies is one of the main issues of the project.

The projections maintain the proportion of the bodies that are presented in the video: the artist and her brother, the size of the woman and the man (according to Touraille), the rural area and the city... These concepts that apparently could be understood as opposites become a powerful flow of images that engage in a dialogue while also question with each other.

As we can see in the video channel on the left, which is larger, the image is reaffirmed, but on the right it is deformed, evoking the processes of construction and deconstruction - of identities, images and imaginaries - related to the methodology of the project: the images that appear in these two channels are understood as bodies that occupy space but also house space inside themselves, that is why they are constantly filled out with content, to show their containing nature and their possibilities to resignify themselves. The tempo of the film is rather fast and obeys to a fragmented narrative based on the images themselves, taking inspiration from digital speed and social networks. The multiscreen reality in which we live today is present in the two channels of this videowork. 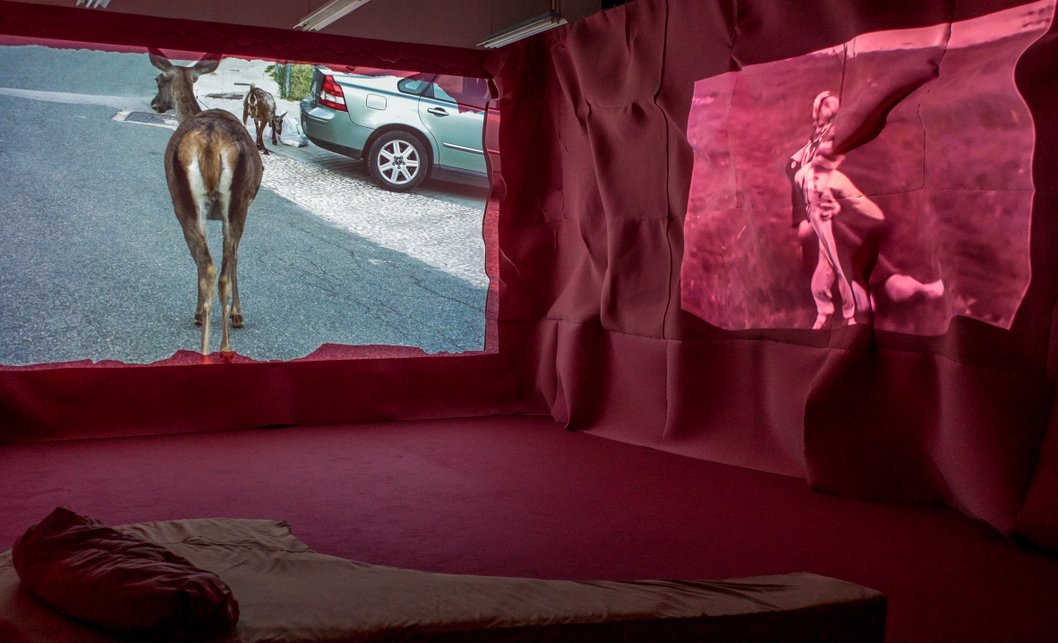 The space is designed thinking about the stomach, a place where the artist digests all the violence she has lived as a woman, but also a place to taste and enjoy.

The meat walls are about 4 meters high and more than 40 meters long. 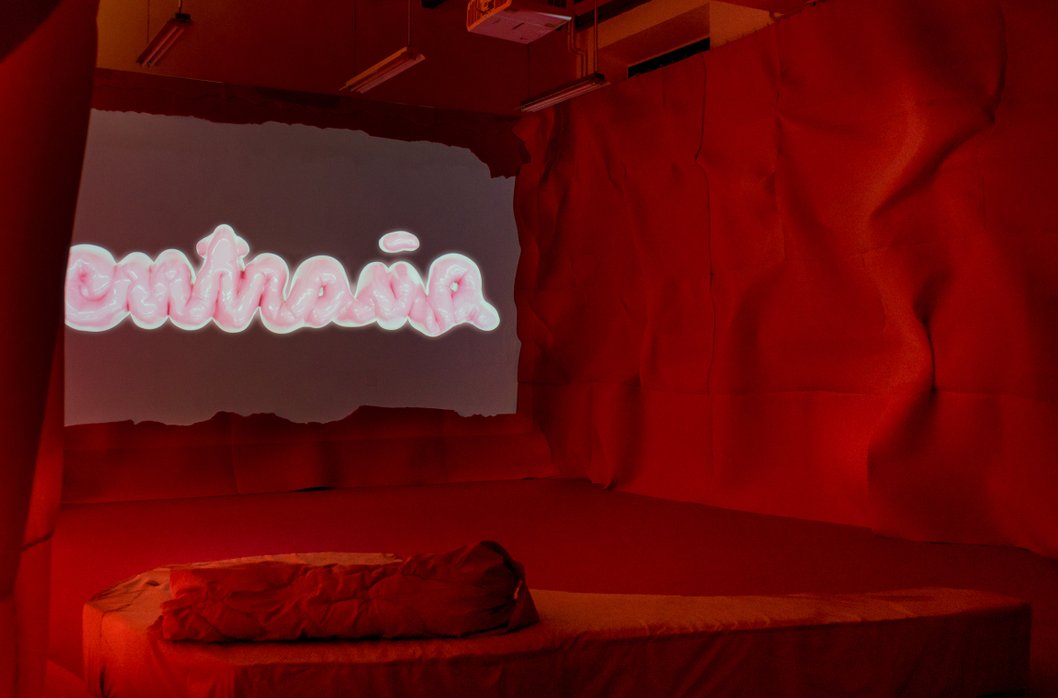 The piece was part of the program of LOOP Barcelona and was installed at La Capella.